Long dark eyebrows like the far mountains, slender and thin waist like a delicate willow. Makeup as fresh as the spring breeze, her smile was worth more than a thousand pieces of gold.1This is the first verse an ancient poem by Yan Jidao 晏幾道 and there’s a second verse to this which is 歸去鳳城時，說與青樓道。遍看潁川花，不似師師好。which means Returning to Chang An, I visited the pleasure quarters. After having seen all the beauties in Ying Chuan, not one could compare with Li Shishi. And Li Shishi is the name of a famous prostitute. If you included the second verse in this story, ML was basically comparing FL’s beauty to a prostitute lmao..

Donning bright flowy clothing, Chu Jiao elegantly glided to the room, eliciting this poem to suddenly pop up in Shen Zhen’s mind. In his eyes, Chu Jiao’s arrival seemed to have brightened up the gloomy and dark atmosphere by a few degrees.

However, this wasn’t the right moment to appreciate the girl’s beauty.

Because the person who accompanied her was the pale-faced Shen Zhongxing, his ‘son.’

When the two people arrived together, almost everyone simultaneously thought that one appeared elegant while the other looked bewitching, just like a pair of timeless beauties.

Walking to the center of the lobby, Chu Jiao secretly surveyed her surroundings without the slightest change in her expression.

The eldest son, Shen Zhichang, together with his wife, sat on the left. Shen Zhichang’s figure was plump and fat with murky eyes. His wife, Du Shi, on the other hand, looked at her with a warm smile, but the excessively high cheekbones and slender phoenix red eyes appeared a bit too harsh for one’s tastes.

Sitting on the right side was the second son, Shen Zhimao, and his wife. Shen Zhimao wore an official’s lunjin and a fine rupao2Lunjin (綸巾) is a headpiece worn back in the ancient times and a rupao is ancient clothing. The male counterpart to ruqun. Pic below. 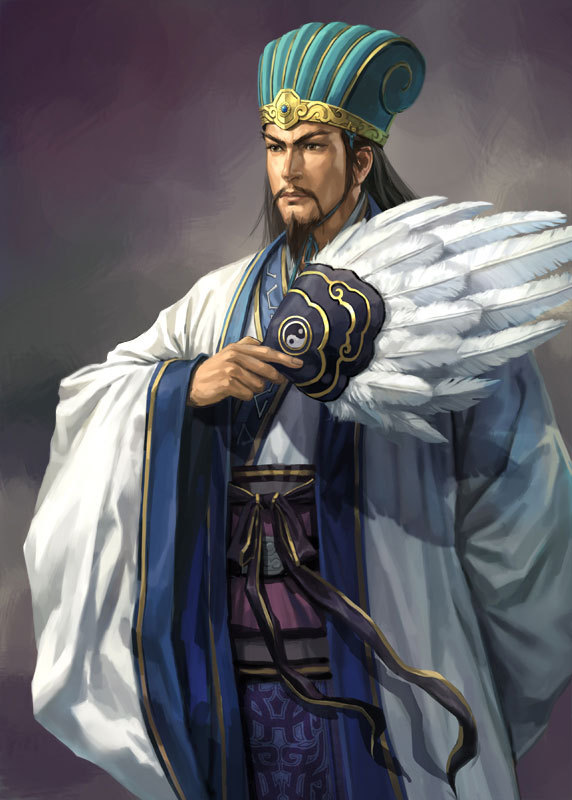 , appearing like a scholar. His wife, Chen Shi, had her head down, her countenance looking indiscernible.

And finally, there sat the imposing Old Matriarch Zhu as well as her father-in-law, Shen Zhen at the seat of honor.

Due to his sickly physique, Shen Zhongxing had already been excused from kneeling while Chu Jiao lifted her skirt up and slowly knelt on the prepared praying mat.

The two carefully received the tea handed over by the maid and raised their cups respectfully to the people before them.

“Father, please have the tea.”

Chu Jiao followed suit, raising the teacup to the top of her head and lifting her eyes ever so slightly, revealing a sweet smile to the man who ‘had treated her sincerely’ last night.

Shen Zhen’s face was unnaturally rigid, and when he reached his hand out, he accidentally ended up touching Chu Jiao’s satiny fingers before immediately retracting his hand as though he had just gotten burnt. Yet under everyone’s watchful eyes, he had no choice but to feign calmness, ordinarily receiving the teacup and drinking it without enjoyment.

The gaze of the girl in front of him burned harshly, and her scorching seductive eyes seemed to pierce him at his core.

“Cough,” Shen Zhen awkwardly placed the teacup down, took out a jade pendant from his sleeves, and quickly handed it over to Chu Jiao, “I came back in a rush, so I wasn’t able to prepare any gifts. Take this thing as congratulations on your wedding.”

Chu Jiao bowed her head and received it but found that the jade piece’s slight coolness seemed to slowly seep into her body. Although the jade pendant appeared completely black, a vivid and lifelike pair of Dapeng’s wings3A mythical Chinese bird. were meticulously engraved on the round jade annulus.

“Ah, is this the piece of ink jade?” Du Shi quickly recognized the origin of this piece of jade at first glance. “The same ink jade that was personally bestowed by the current venerable emperor?!”

Shen Zhen hummed in acknowledgment and pretended to drink some more tea but paid close attention to Chu Jiao’s expression at the corner of his eyes.

However, when Shen Zhongxing heard how precious the ink jade was, he immediately wanted to return it to the owner. “Cough cough. This, cough, precious jade pendant, cough cough, Father should take it back…”

Shen Zhen remained silent and watched a sweet smile emerge on Chu Jiao’s face as she gingerly held the jade pendant in her hand and thanked him magnanimously.

The girl’s amber eyes appeared brighter under the sunlight spilling from outside the hall. These sharp eyes stared at him without any traces of resentment or bashfulness but instead, carried a layer of calmness and a hint of mischievousness, making the uneasiness he was currently feeling, appear as though he was being overly cautious.

At this moment, Shen Zhen’s interest was piqued.

Although he was a bit embarrassed and slightly annoyed from his mistake of misidentifying the person last night, he had actually rolled in the sheets with his daughter-in-law, which was simply worse than an uneducated swine. But whether the girl was in the bedroom or the hall right now, her overall behavior surprised him a lot, greatly arousing his interest.

She was his ‘daughter-in-law’.

And so, what had transpired last night was merely a pleasant yet vivid dream.

Shen Zhen told himself, filled with regret as he watched Chu Jiao serve tea to the other elders.

Chu Jiao offered the tea to Matriarch Zhu with a lowered head and naturally, Matriarch Zhu did not make things difficult for her, giving her a pair of white nephrite gilded bracelets with a gentle smile. She kindly patted her hand and told her to take good care of Shen Zhongxing and to expand the family tree for the Shen Family as soon as possible.

With the male lead present, the Shen Family was probably going to be destroyed soon.

Shen Zhen completely misunderstood the implication of the girl’s quick gaze and a hint of joy soon flashed through his eyes. Could it be that this girl was so bold that she wanted to expand the family tree with his seed? He quickly gulped down the remaining cold tea and suppressed the heat that had suddenly aroused within him.

T/N: The author has a note here that says that she has just started work so the following few chapters may have fewer words than regular but she’ll try to update as soon as she can.